A Singer's Guide to the Larynx 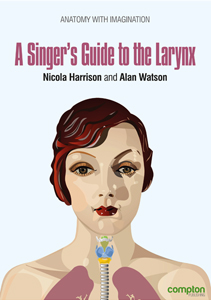 ‘The figures are clear and beautiful, simply delightful and I think the knowledge presented in the text is hugely important for teachers of singing who, in the shadow of previous misunderstanding, need to understand the instrument and each other in order to profit from exchange of experience and ideas.’ Johan Sundberg

The vocal instrument is an extraordinary, complicated mechanism that lies hidden within us. It is made up of so many different parts and is supported and maintained by so many muscles, joints and cartilages, that its anatomy and function in relation to the act of singing has long been veiled in mystery.

This anatomy book has been written specifically for singers and is an attempt to rectify this. Intended as a manual for teachers to work with and share with their students, the book's design, images and imaginative approach will help explain this complex subject in an engaging and interesting way.

The Authors explore the vocal instrument in a fresh way, with multiple diagrams and views so that the full structure and function of the singing voice can be understood alongside concise textual explanation.

The vocal instrument is hard to picture from the surface as most of its workings are concealed within. The Authors have therefore worked to clearly and accurately reveal the intricate parts of the mechanism, how they look, how they coordinate, and how they work together to produce sound.  They have also worked imaginatively to present this material in different forms.

Combining good, precise anatomy with excellent imagery and learning games will help singers picture their instrument in a variety of ways. By bringing the wonderful resource of imagination to the learning of anatomy, readers are presented with a visually alluring and mentally stimulating approach to understanding the vocal instrument. 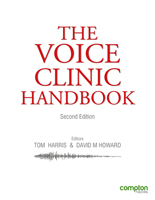 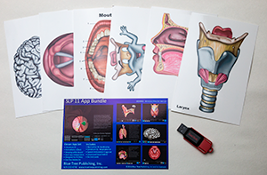 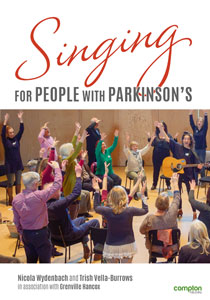 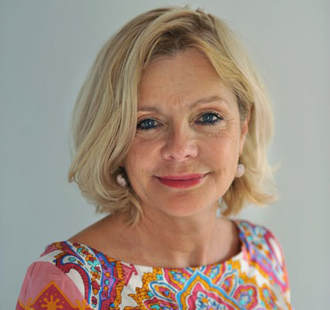 Nicola Harrison, mezzo-soprano, is a passionate teacher of singing with a strong interest in all aspects of singing and performance from anatomy to artistry, and all that lies between. Her unique portfolio of skills in vocal, literary, medical, musical and pedagogical disciplines informs this book in many ways and her joint expertise as both a creative and an academic writer come together in this book, co-authored with Dr Alan Watson, and her third book written specifically for singers. With specialisms in anatomy, ENT and voice clinic following a degree in nursing, a second degree in English from University of Oxford and subsequent career as singer, performer and vocal pedagogue, her research into the vocal instrument, focusing on clarifying the language we use to teach singing and the use of imagery in accessing the muscles of vocal support has been presented nationally and internationally and is the subject of a future book on the singer’s imagination. This research has included several years of collaborative work with Alan Watson as well as other projects involving three major universities, and a wide number of vocal experts and singers from several music colleges and conservatoires.

Her specialism in poetry and music was fostered by a BA and MA in English Literature at Oxford University and has led to an extensive portfolio of original writing, with multiple shows of words, song and music arranged for small bands and ensembles, a touring company, and two published books of poetry. She is in demand as both a singer and performance poet, with a particular focus on the Spanish and English song repertoire.

She has written two books about poetry and music for singers – The Wordsmith’s Guide: Poetry, Music and Imagination. For many years she wrote a personal column in The Singer and Classical Music Magazine about poetry and music and performance. As a former journalist she has also written for other music-related media such as British Music magazine, and a variety of newspapers, journals and radio on matters of words and music. She is currently Lecturer in Singing and Interpretation at Pembroke College Oxford, where she teaches singing with a strong focus on vocal anatomy and technique, and continues her writing and research. She  has taught at other Oxford colleges and universities and teaches privately, runs vocal workshops and teaches academics in both speaking and singing.  Previous students have won international prizes, scholarships and Olivier Awards. She was also involved in setting up the singing course at the Billy Elliot Academy in Leeds with Mary Hammond, where she also taught for several years. She holds certificates in Adult, Further and Higher Education and has a PGCE.

Nicola won a Major Award to Oxford University. She also won the prestigious Wolfson Prize from Westminster Hospital, and two further scholarships, one of them to study singing with Pamela Bowden with whom she studied classical singing. She continued her vocal studies with the acclaimed vocal pedagogue and mentor, Pam Cook, MBE (RNCM), and subsequently with the legendary Spanish mezzo-soprano Teresa Berganza in Madrid. 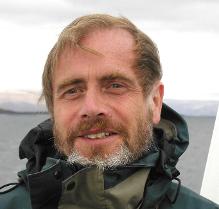 Alan Watson is a reader in anatomy and neuroscience at the School of Biosciences, Cardiff University and has a lifelong interest in music.  He plays the flute and French horn and has an interest in musical instrument construction. He took a B.Sc. in Zoology at Edinburgh University followed by a Ph.D. in Neuroscience from St. Andrews University and postdoctoral research at Cambridge University. He teaches anatomy and neuroscience to medical and science students and carries out research in neuroscience and physiology on which he has published extensively. He also runs a module at the Royal Welsh College of Music and Drama (RWCMD) on the biological principles underlying musical performance and works with staff and students on projects dealing with performance physiology. He has collaborated over many years with Nicola Harrison on patterns of respiratory and abdominal muscle ‘support’ activity in singers. His other research involves brass players and deals with respiratory physiology, posture and embouchure function. This work has received public engagement funding from the Wellcome Trust. He is currently involved in a multi-conservatoire research project (Musical Impact) funded by the Arts and Humanities Research Council.

Alan lectures widely on the musicians’ health and performance physiology at UK conservatoires and at science and arts festivals. This has included presentations on the science of singing and on breathing in singers for the BVA, AOTOS, the Three Choirs Festival, the Hay Festival and the Cheltenham Music Festival, and he has given lectures on singing-related anatomy and on breathing for courses for singers and voice therapists. He frequently lectures for clinicians at the British Association of Performing Arts Medicine and has had a long association with an M.Sc. degree course on Performing Arts Medicine at University College London. His  book on “The Biology of Musical Performance and Performance-related Injury” was published by Scarecrow press in 2009. He recently produced a chapter on Breathing in Singers for the Oxford Handbook on Singing (G. Welch, D.M. Howard. [eds.]) and has contributed to forthcoming editions of The Musician’s Hand (I. Winspur [ed.] and the Cambridge Encyclopaedia of Brass ( Herbert, T., Wallace, J., Myers, A. [eds.]) as well as publishing a number of papers on performance physiology. He is also interested in anatomical illustration and has provided his own figures for publications and books.